I don't use this site much anymore(/at all), but nonetheless I am posting to announce that I officially retiring this account and switching any future activity to Dreamwidth. You can find me there at https://hanasaseru.dreamwidth.org/! I am still on the fence on whether I want to delete this account, but I am importing the full contents of my LJ using Dreamwidth's handy import function, so nothing will actually be lost if I do. :)

(That all said, I will continue checking in on my friends feed occassionally for anyone not making that switch!)

A comic called The Wicked and the Divine just came out.
I was already predisposed to like it, as it features my two favorite comic creators who work brilliantly as a team

My reaction to reading the first issue, released today, including little paint images:
Me:
And. I'm gonna die. or something. Not die. I just need a new word.
I just quick read it at work cause no one was in the office and
o_o
Housemate
I take it you're already emotionally invested?
Me 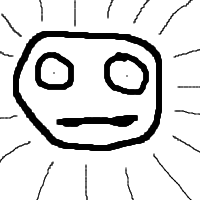 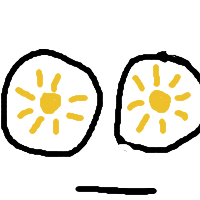 that is
sort of
I
like, blinding glory is sort of what I'm trying to convey here
Housemate
gotcha
Me
and then I withered away and evaporated because the issue ended and the world has plunged into shadows and faint echoes of doom
Me
(so I guess what I'm trying to say here is that I liked it)

Incidentally I have it DRM free if anyone is interested in taking a look.

Twenty-Something from a musical (I think) called Bad Years. It's about being just out of college, and, well, twenty-something. I identify with it, can't imagine why.

My phone has been found! All is well!

Google has a fun new toy ^^

So, I decided to jump on the bandwagon. They're cool ^^

"Why is it that, as a culture, we are more comfortable seeing two men holding guns than holding hands?" - Ernest Gaines

Be who you are and say what you feel, because those who mind don't matter, and those who matter don't mind.